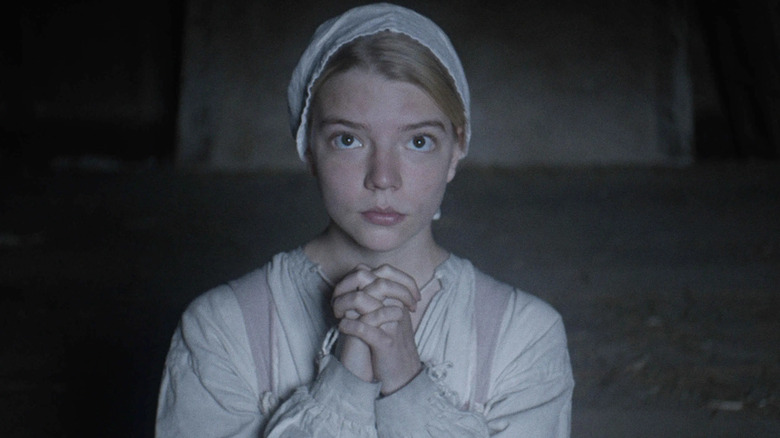 Robert Eggers’ 2015 film “The Witch” is about a family of Puritans who are too puritanical for the Puritans. The stern father (Ralph Ineson), the stern mother (Katie Dickie), and their five stern children (Anya Taylor-Joy, Harvey Scrimshaw, Ellie Grainger, Lucas Dawson, also an infant) are kicked out of their colony and forced to move into a cabin near the edge of the woods, miles away. The area is cold, wet, and muddy, and eerie things are afoot. Their pet goat, Black Phillip (Charlie), begins behaving strangely. One day, when the Taylor-Joy character is playing peek-a-boo with her infant brother, the baby vanishes, seemingly into thin air. The family begins to suspect that there may be a Witch stalking them, or possessing them. The Scrimshaw character certainly bears out the latter suspicion, while the Taylor-Joy character, under suspicion already, begins to lilt toward the possibility of joining the (imaginary?) Witch in the woods.

“The Witch” is an indictment of puritanical thinking, exploding notions of religious repression, purity culture, and Satanic panic. It is a reflection of the modern American evangelical ethos, and how a life of self-imposed piety is a complex form of control and hysteria. It’s also awesomely scary. It was one of the best films of 2015.

In order to achieve the natural, low-light look of “The Witch,” Robert Eggers and his regular cinematographer Jarin Blaschke had to rely on some older machines, a largely moribund aspect ratio, and some 75-year-old lenses. In a 2016 interview with Moviemaker, Eggers and Blaschke described some of their older tech, their lighting ethos, and other details about the film’s unique look. 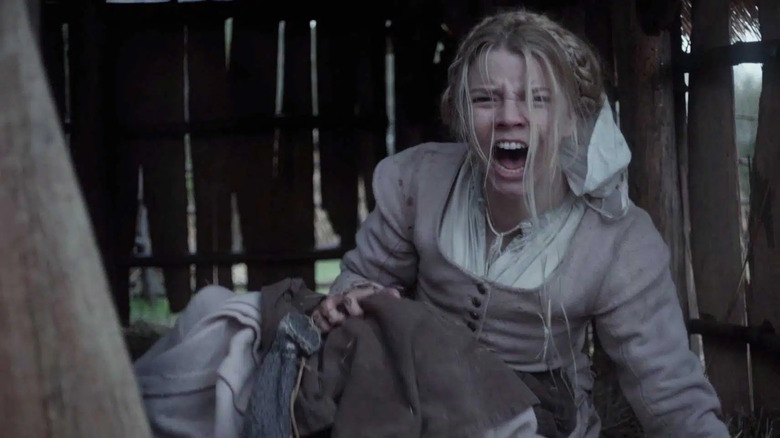 “The Witch” was presented in a 1.66:1 aspect ratio, also known as the European widescreen standard in projection booths. Up until 1953, most films were shot and presented in the Academy Standard ratio of 1.37:1. The release of the Roman epic “The Robe” introduced CinemaScope to a mass audience (“The Robe” was presented in 2.55:1, although the standard Scope eventually settled into 2.39:1). Following that, movie aspect ratios began to gradually widen. Several films released in 1953 and 1954 (notably “On the Waterfront” and “Roman Holiday”) experimented with a 1.66:1 aspect ratio. The first three James Bond movies were presented in 1.66 as well. Some American pictures even pushed that into 1.85:1 (the first 1.85 film was “Thunder Bay” in ’53), which remains the “flat” standard to this day. European films, in contrast, stuck with 1.66:1.

Anything beyond 2.39 Scope and 1.85 flat in the modern cinema marketplace is something of an aberration. While streaming and digital home platforms can adjust the shape of the screen however they want (all one requires is a black matte), movie theaters still have to adjust a physical matte in the theater to the size of the image (well, if they’re giving a good presentation). Theaters also still have to adjust lenses on projectors, requiring different focal lengths for each aspect ratio (a Scope lens on a 1.85 film will “stretch” the image).

Eggers and Blaschke selected 1.66 for a specific reason: Height. Shooting within a narrower frame than usual made for taller looking trees, giving them a towering, imposing look. The trees also emphasized a vertical, up-and-down motif that stressed, according to Blaschke, the looking up toward Heaven and the looking down toward Hell. 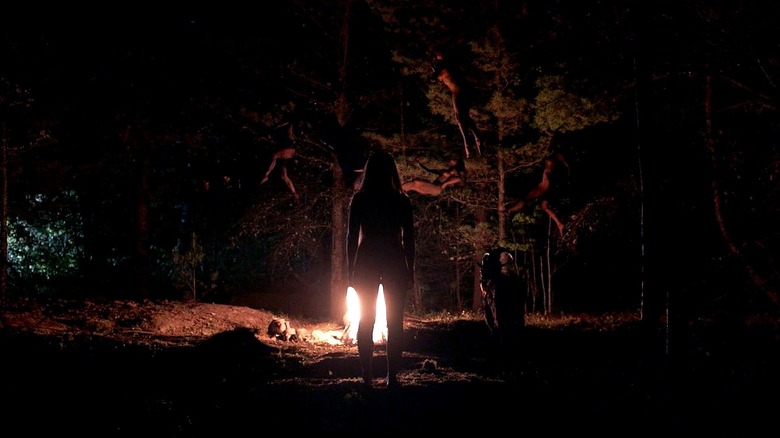 In the Moviemaker article, Blaschke says he visited Panavision and had a look through the studio’s older tech. In wanting to give “The Witch” a dreamier, more natural quality, Blaschke required something unique. He ended up picking out some Cooke lenses from the 1940s, meant to be affixed to an Alexa Plus digital camera. Cooke lenses, by Blaschke’s description, appeared to be more convex than most lenses, creating an image he compared to a crystal ball:

“[Cooke lenses] give a very round quality. It almost looked like a crystal ball — it smeared out-of-focus areas in the corners, [so] it was like looking through a porthole into the past.”
Although the film was shot on a digital cameras, Blaschke affixed many different types of old lenses originally intended for different film stocks to achieve very particular looks. In addition to the Cooke lenses, Blascke also used Bausch & Lomb Super Baltar lenses, and Panavision Super Speed lenses. Blaschke says that he shot on 25mm, 32mm, 40mm, and even 50mm lenses. Different lenses can achieve focus at different depths of field, can effect the bokeh in a shot (bokeh is the photogaphy term for the parts of a frame that are out-of-focus), can offer an overall sharper or a softer image, and can allow in different amounts of light, making some lenses better for shooting in pitch darkness and other better for shooting in the daylight. 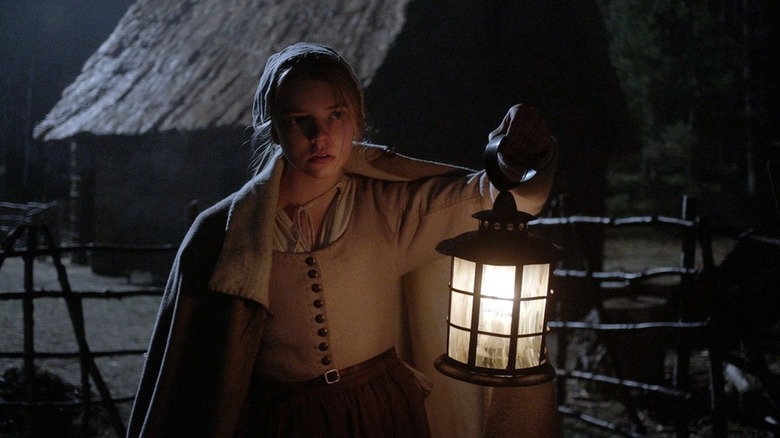 Another mandate that Eggers and Blaschke held themselves to was to shoot “The Witch” using only natural lighting. To give the film an edge of authenticity and rustic realism, only the sun, the moon, and on-set lamps and candles would illuminate the action. In the Moviemaker article, Eggers talks about importing period-authentic beeswax candles from Alaska, as well as a series of tea-lights off camera to offer an eerie, glowing haze to the image.

“… a responsibility. The actors are all in these really period-accurate costumes, and we have sets made with traditional techniques … to then put out a Kino Flo would just be a betrayal.”
A Kino Flo is a lightweight LED lighting panel common on film sets.

A slight anachronism: According to information on the European Candle Association website, beeswax candles, while in use in the Middle Ages, were not commonly used by the public as they were more expensive. Many people still used the much more ancient technology of tallow candles which burned faster, burned dimmer, and smelled worse. In the 1630s, when “The Witch” takes place, a group of impoverished Puritans would likely not have a huge store of beeswax candles for the home; they would be used by the wealthy, or in churches, not on the frontier in New England.