Lisa Marshall’s husband, Peter, doesn’t remember who she is. That’s because Alzheimer’s disease, a type of dementia, has caused most of Peter’s memories to fade. But instead of tearing them apart, this challenge in their relationship paved the way for a truly unforgettable love story. 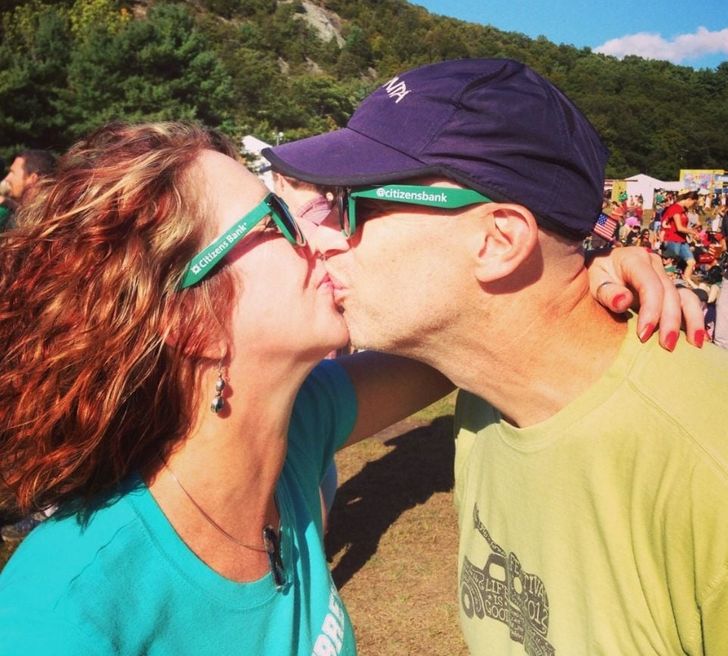 We have found their journey heartwarming and inspiring, and we would like to share their story with you.

Their paths crossed when they became neighbors and friends. 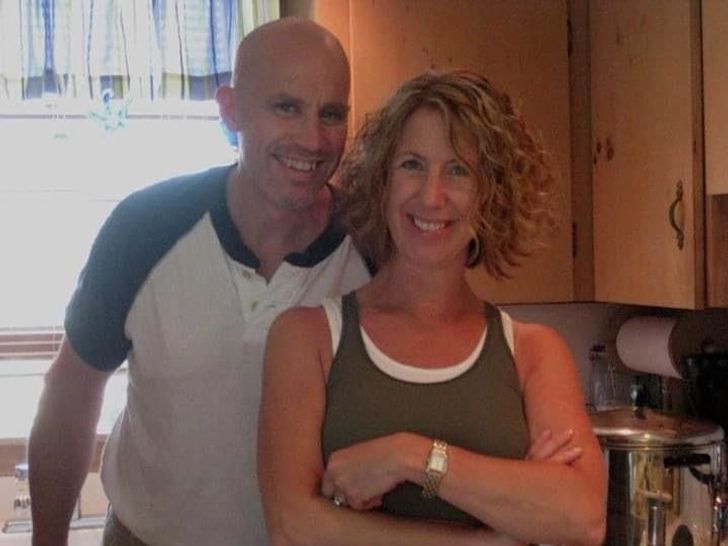 The 2 were married to their respective spouses, and each had children of their own when they met each other in Harrisburg, Pennsylvania. Both of them coincidentally got divorced in 2001, and that’s when their friendship blossomed into romance.

Peter had to move to Connecticut for a job opportunity, but after 8 years of maintaining a long-distance relationship, and after their children had gone off to college, Lisa and Peter decided to tie the knot. 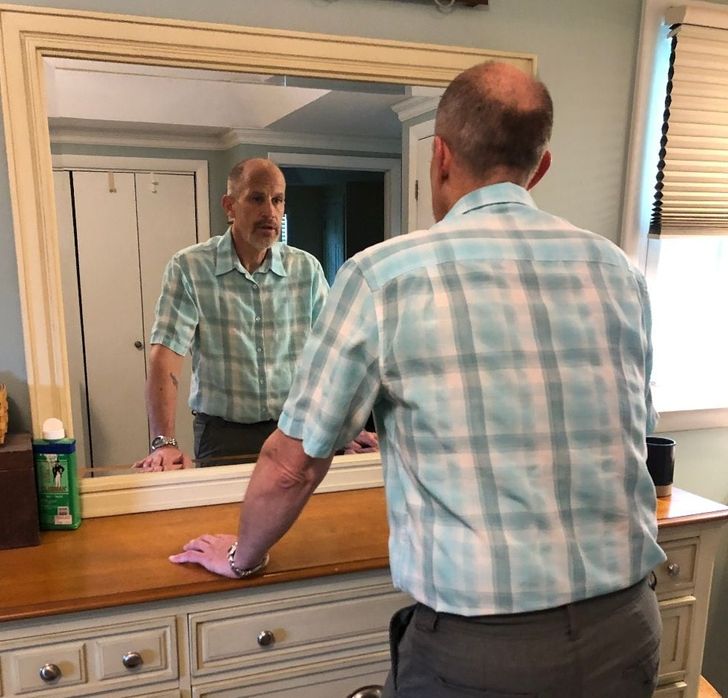 “The first signs were forgetting personal items, like his phone or his wallet, or jolting out the door without his keys. But we’ve all done that, right?” Lisa told Bright Side. But as time passed, the memory slips also progressed. Peter had difficulty with certain words, and instead of “airplane,” he would say, “The thing we get on and it goes in the sky when we go on a trip.” 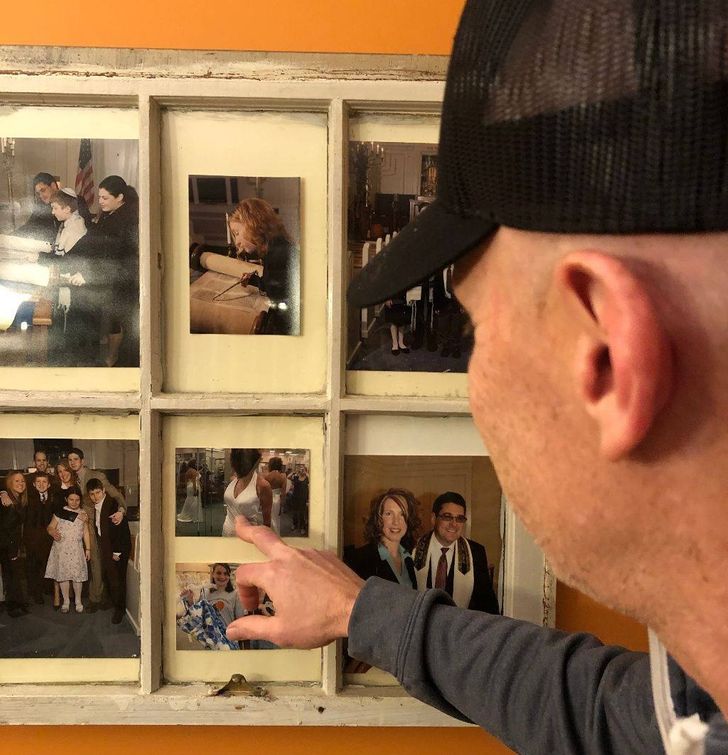 Peter also couldn’t recall events that his friends and family would talk about. And in 2018, after going to a neurologist for some tests, he was diagnosed with early-onset Alzheimer’s, a less common type of the disease that affects people under 65 years old. 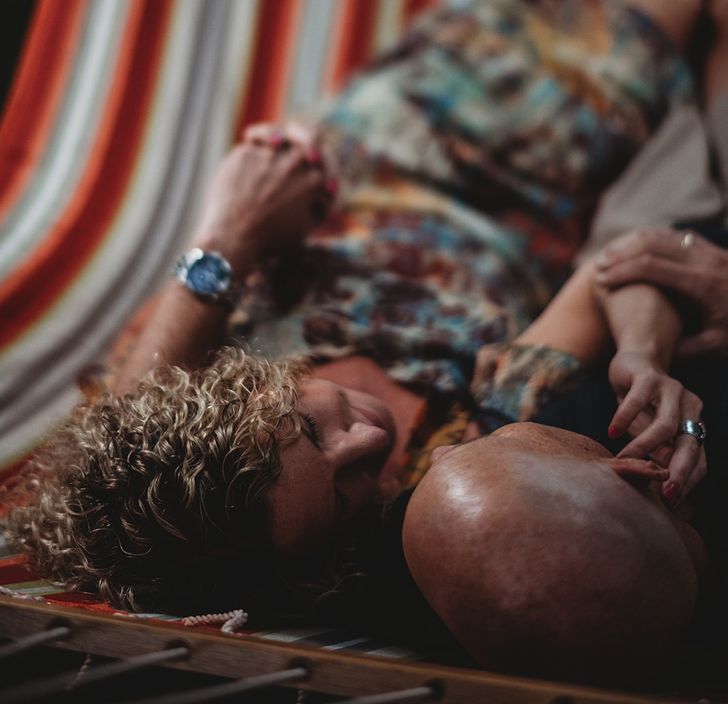 While the disease erased most of his recollection of Lisa and the moments they’ve shared together, it seems that the heart doesn’t forget as easily because Peter remains affectionate with her. “He tells me ‘I like you’ and ‘I love you,’ but he doesn’t know my name or that I am his wife.”

Lisa had to retire at 53 years old to care for Peter, while Peter was forced to retire a decade earlier. Apart from the financial struggles, Lisa also needs to deal with the feeling of “ambiguous grief” from watching her partner slowly slip away. 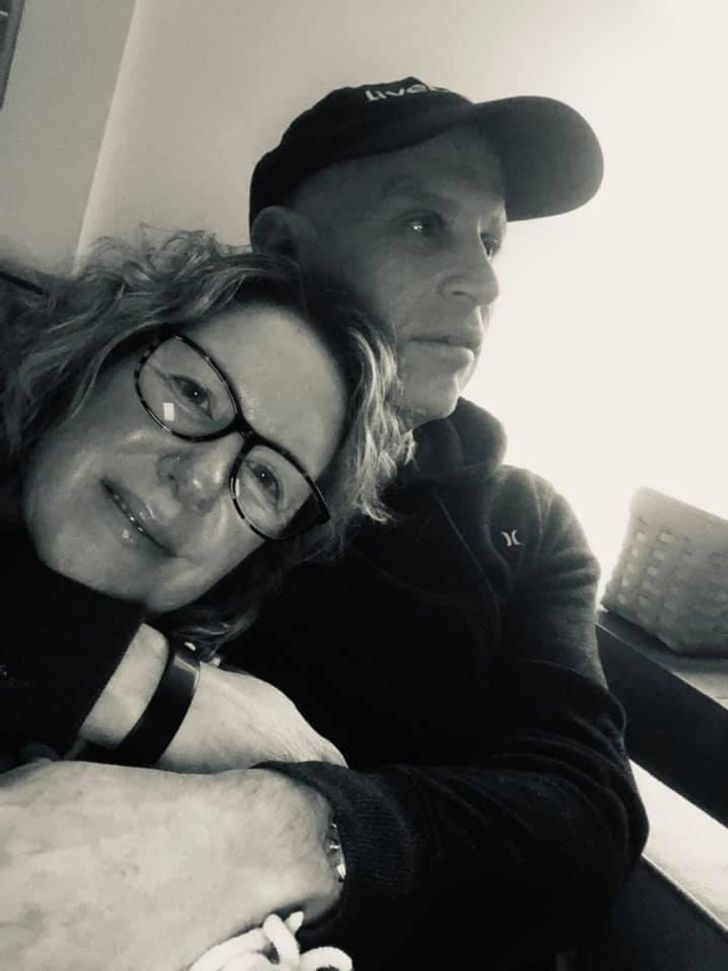 When asked where she gets the strength to soldier on, Lisa said she thinks of the example she’s setting for their kids and grandkids.

One random night, Peter proposed to Lisa again, after forgetting that they were already married. 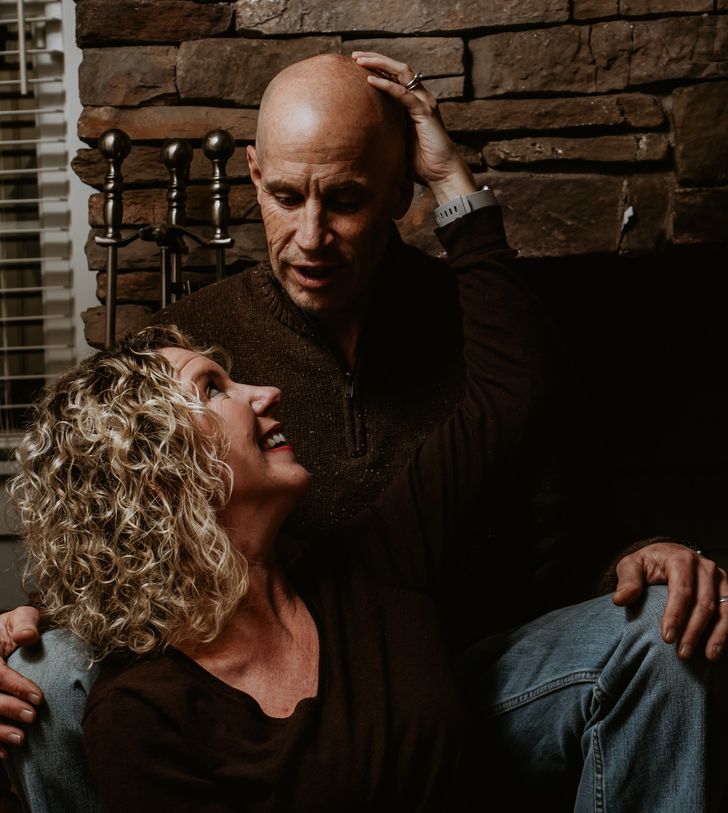 While Lisa and Peter were watching TV, a wedding scene came on and Lisa got emotional. To her surprise, Peter pointed to the screen and told her that they should do the same. “I asked, ‘Do you want to get married? Are you asking me to marry you?’ He grinned ear to ear and said, ‘Yes!’” Lisa shared.

The following day, when Lisa asked Peter if he remembered popping the question, he said he didn’t. But this didn’t stop the couple from taking the opportunity to renew their vows.

Lisa and Peter got to fall in love with each other all over again. 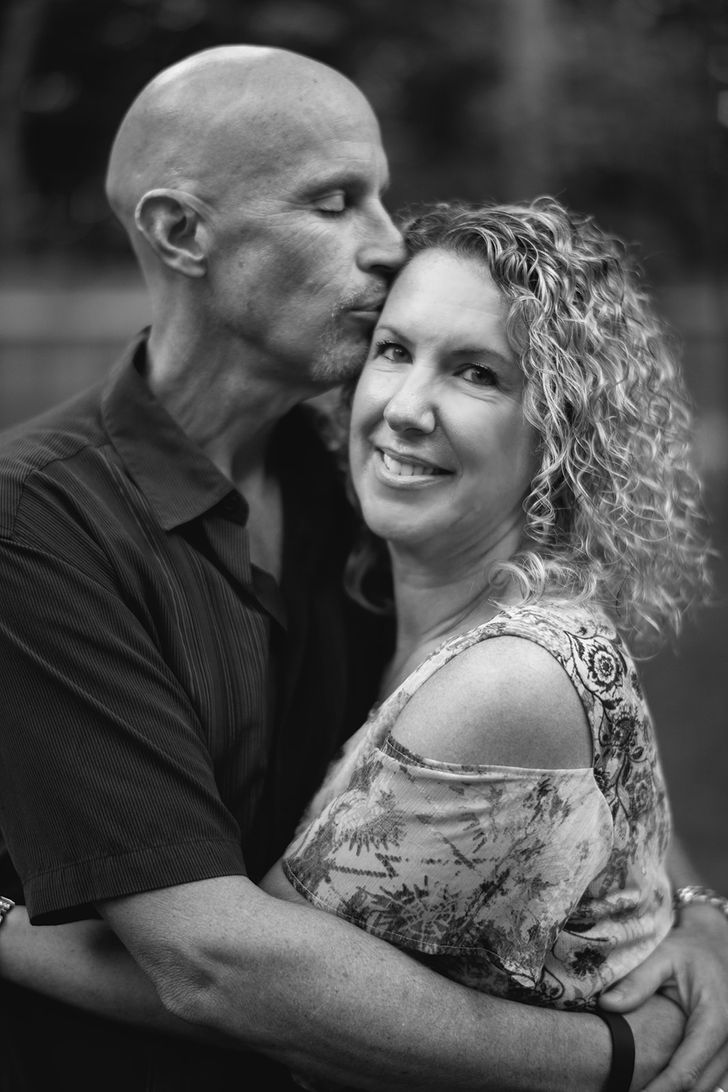 Lisa’s daughter, Brehant, owns an event and wedding planning company, and she sought the help of her friends and contacts to organize the big day. Finally, on April 26, 2021, Lisa and Peter stood in front of their friends and family, once again, and promised to care for each other until the end of their journey. 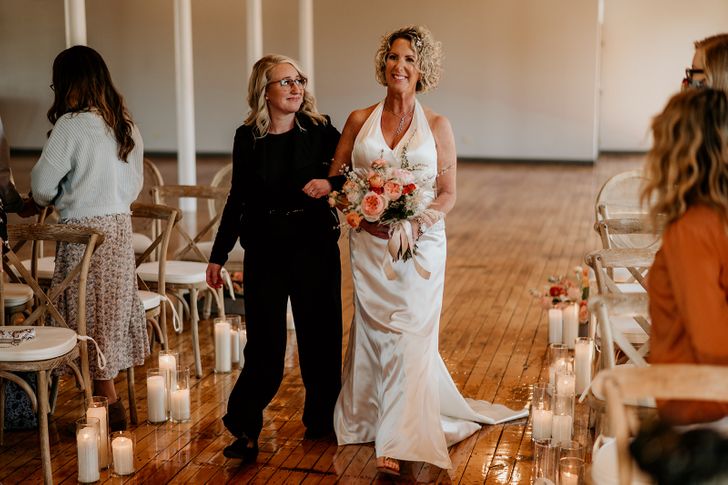 “Peter was bright and cognitively aware and just so happy all day! He was not able to repeat vows or even a full sentence, but his heart told me how he felt.” 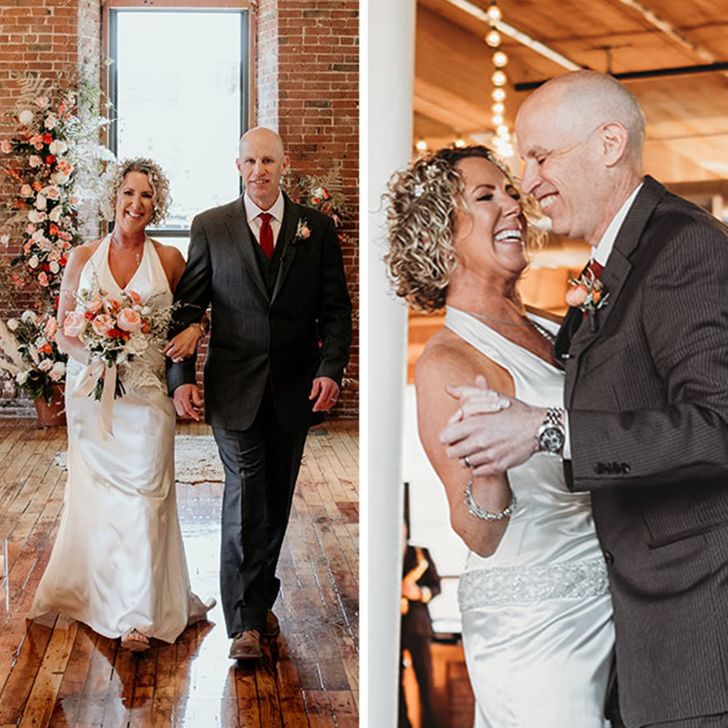 To help her cope with the challenges of caring for someone with Alzheimer’s, Lisa created a personal blog.

The Oh Hello Alzheimer’s Facebook Page serves as a space for Lisa to share her and Peter’s experiences, including the good, the bad, the ugly, and the funny moments too. The page also became a safe haven for other caregivers. “As I share, people connect and feel a sense of community… We feel a connection, a group of people linking arms and lifting each other up.”

Lisa is also using her voice to call attention to the needs of people affected by Alzheimer’s disease. “We need programs that offer early social security and medical benefits for spouses who cannot work due to taking care of their young spouse,” she added. 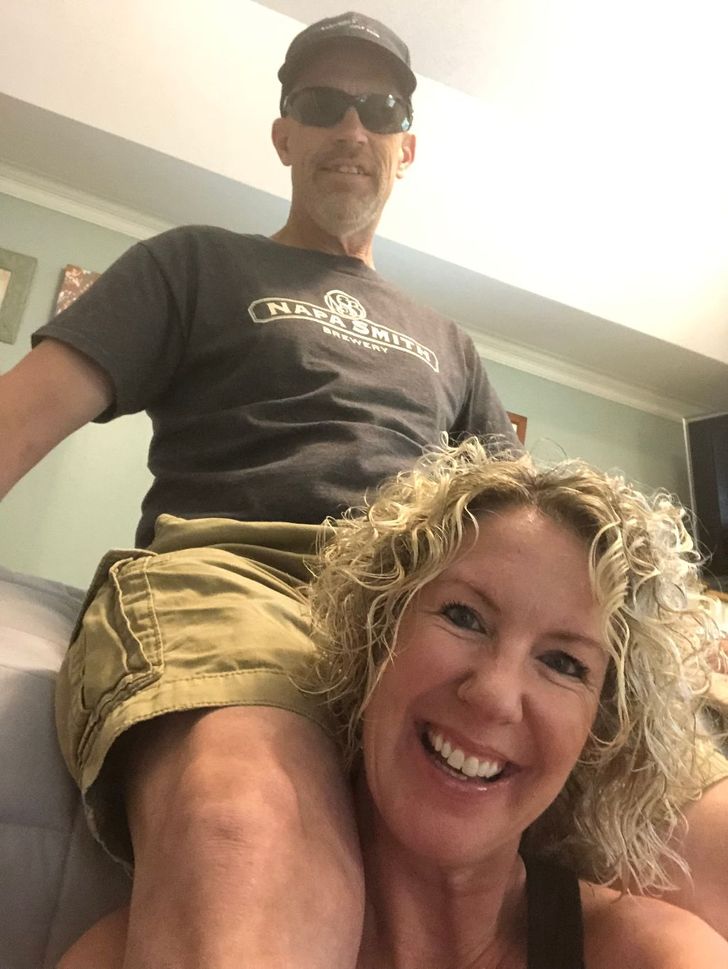 Lisa has a message for those who are going through the same journey: “Take care of yourself. People want to help and offer their assistance, but they can’t read your mind. Tell them what you need and change your mindset that you’re a burden. You can do anything you put your mind to. My mind is set to have no regrets.”

What was the biggest sacrifice you’ve ever made in the name of love? 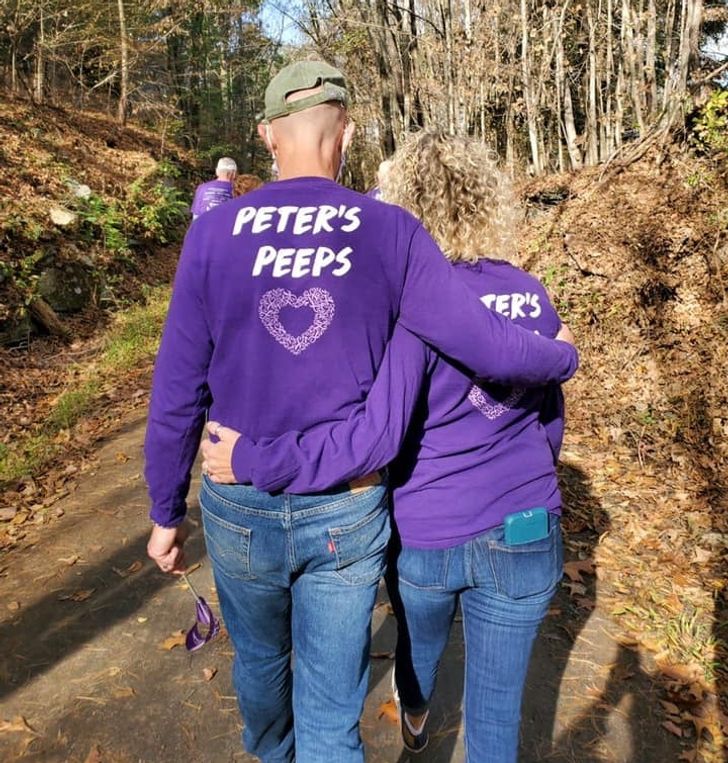 All they wanted was a new home where they could be together forever. Being put in a shelter is always…

Puppies Found Dumped In A Bag With The Saddest Note