When we become parents, it is our mission to love our children and to prepare them for adult life. We can do it best by teaching them to love and respect themselves and to never be afraid to be who they are. And this is what dad Jared Qwustenuxun Williams does for his son, Finn — he encourages the boy to embrace what makes him unique, including his passion for wearing dresses.

Jared prefers to be a best friend to his sons. 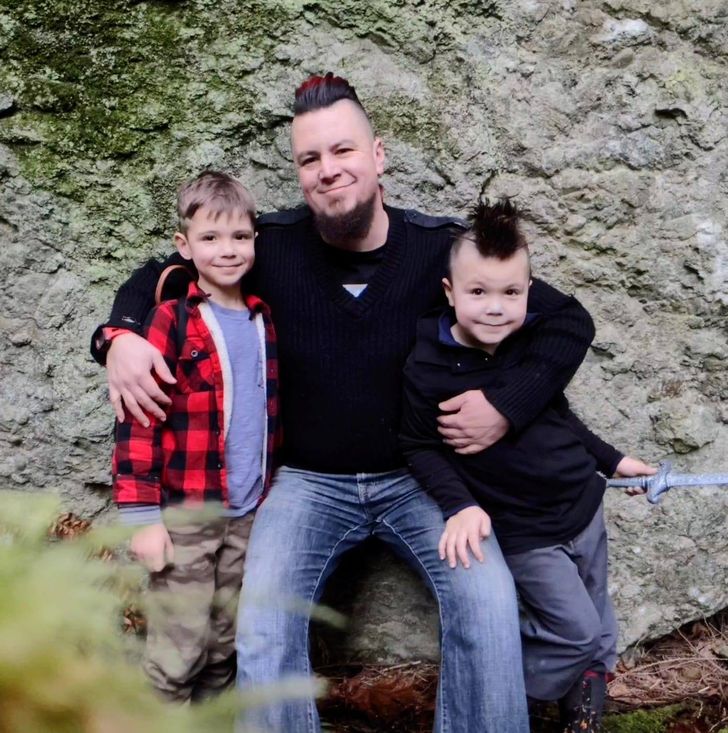 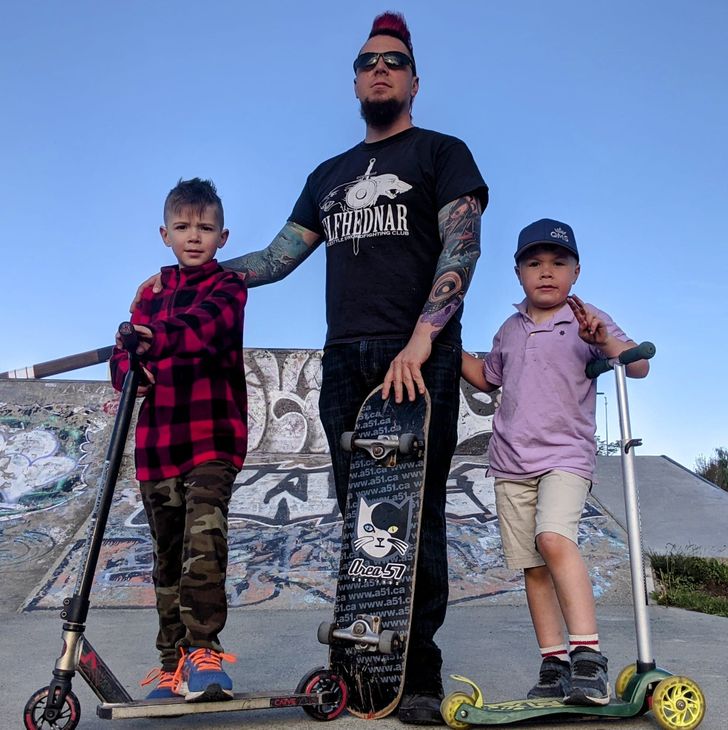 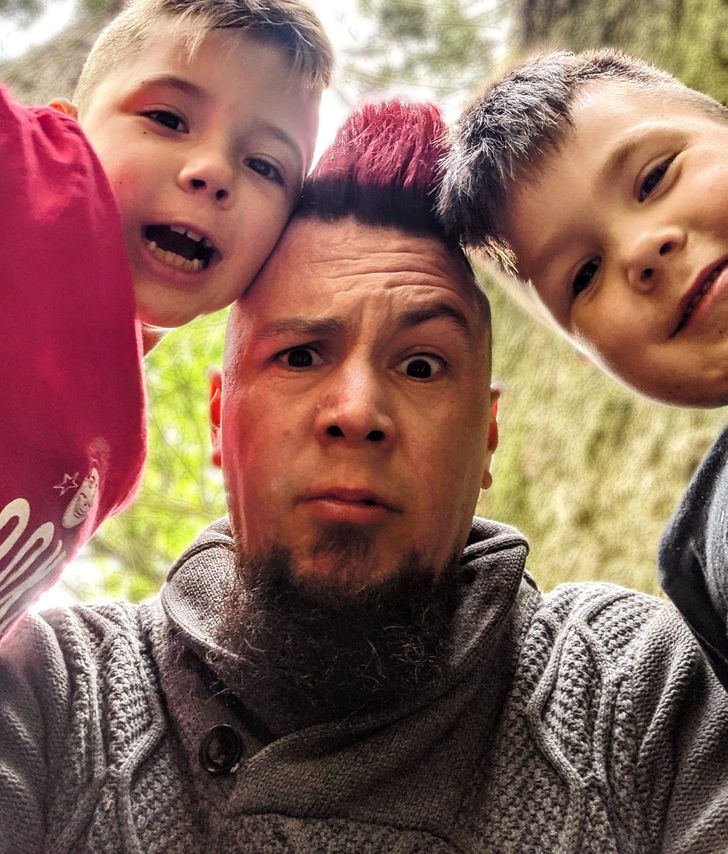 Jared is raising 2 sons together with his wife. He is his kids’ best friend and takes his sons to places they get so excited about, they may forget their manners or act inappropriately, so he has to remind them about social expectations. But at the same time, he gives them the opportunity to act against the social rules so they can learn.

When the dad first saw his son in a dress, his reaction was surprising. 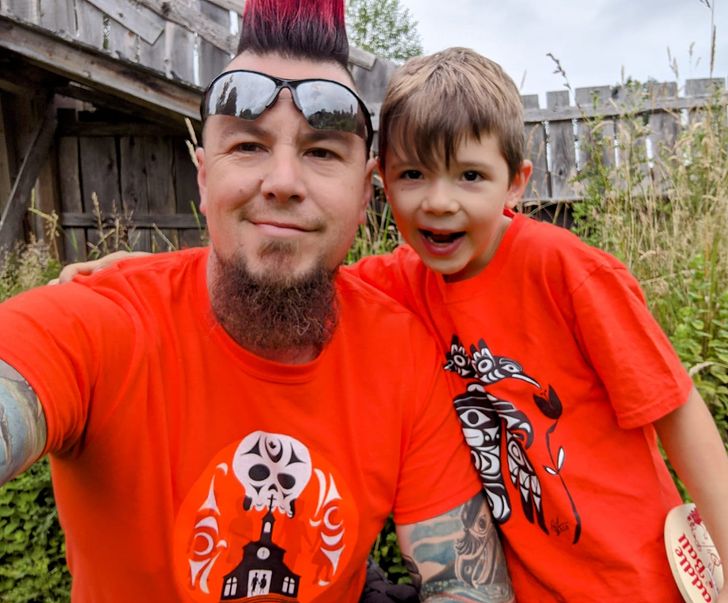 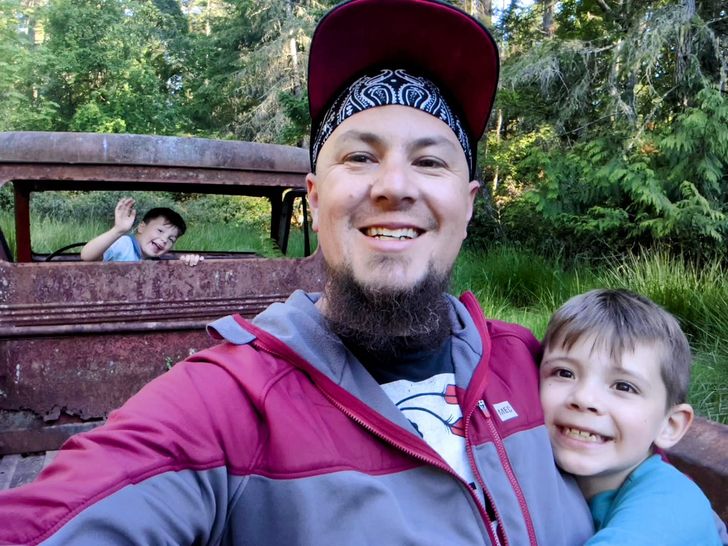 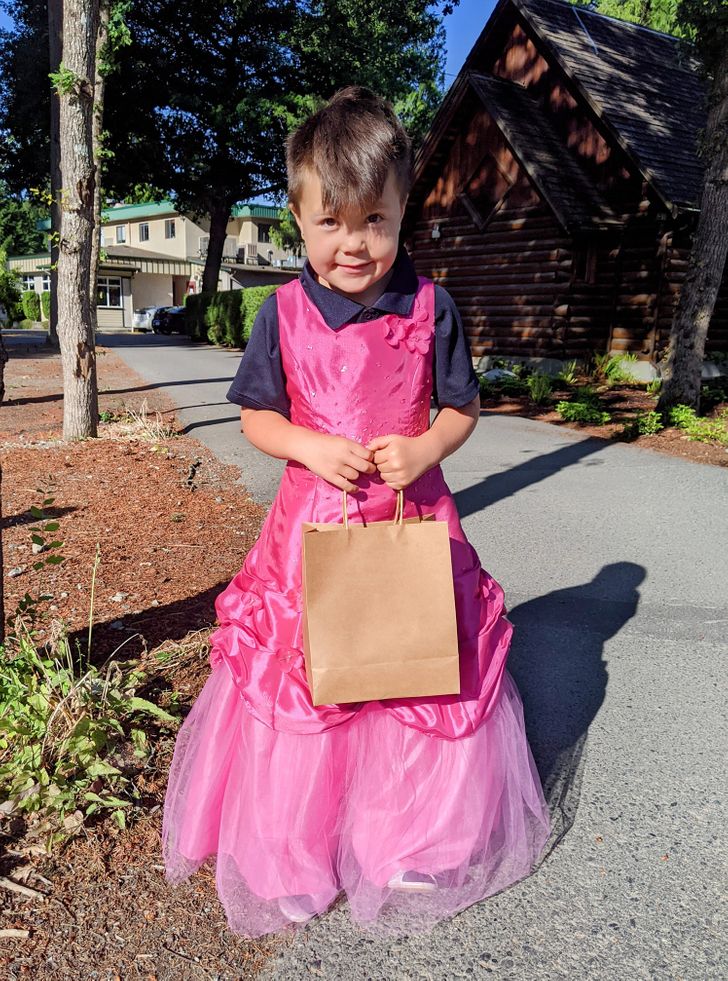 Jared confessed that he was bullied when he was a kid. This still makes him uneasy. So when he saw his youngest son in a dress, his initial reaction was pure love. The boy was just so happy and beautiful. But within seconds, his train of thought led to, “What about everyone else?” He started talking to his wife about how he was afraid for their kid and how he didn’t want the same for him. They talked for months about it and decided to support their kid and let him be himself.

The dad and the son learned to overcome negative feedback together. 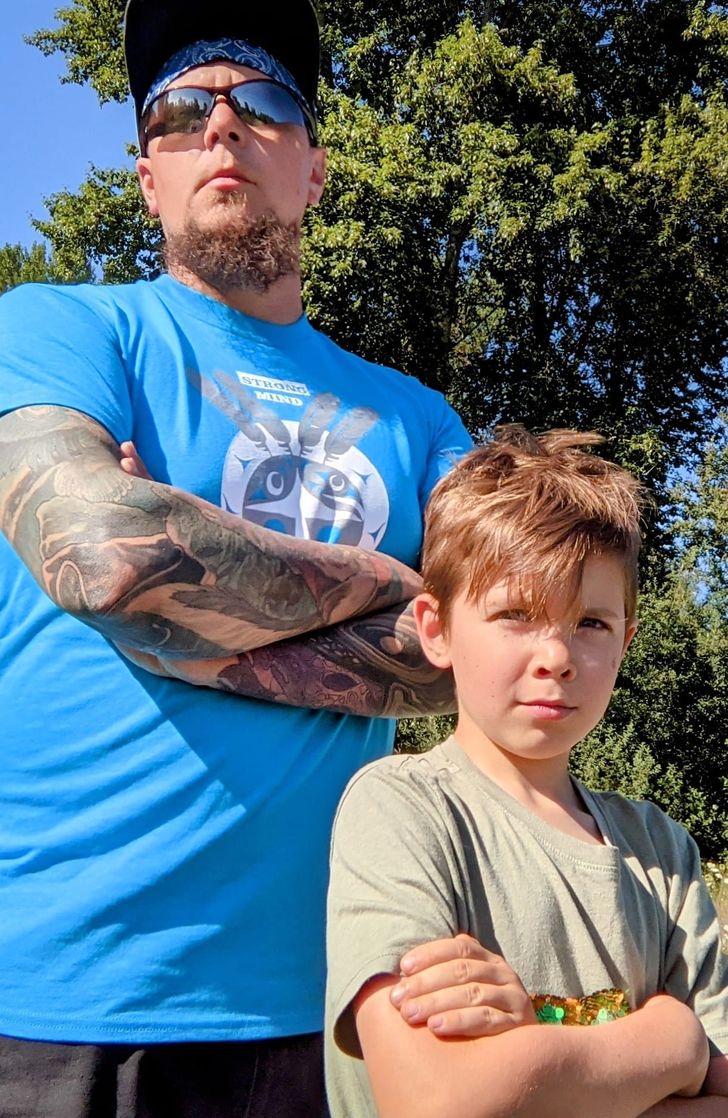 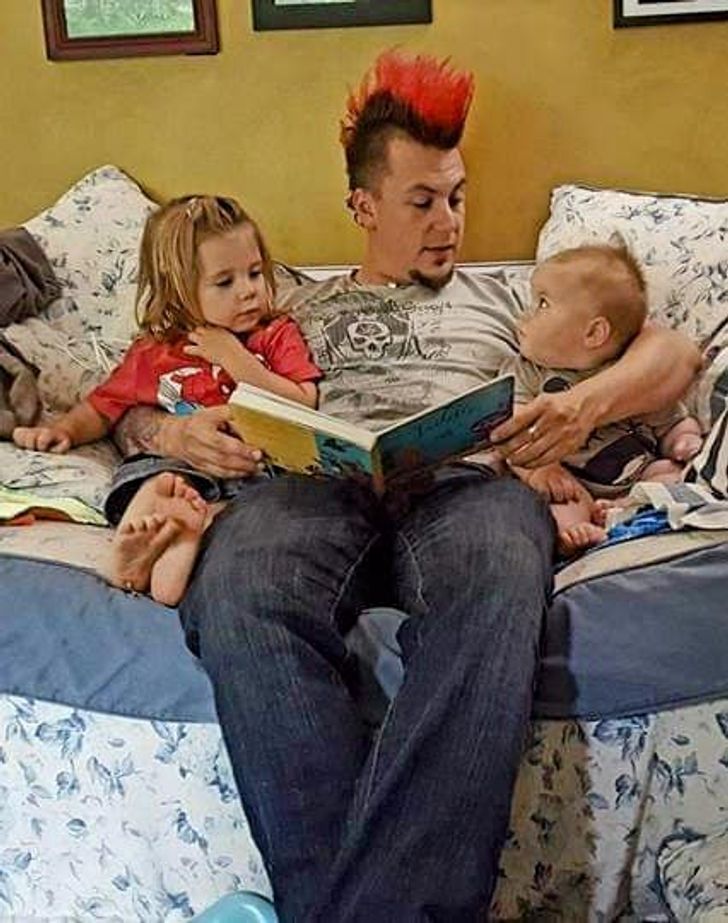 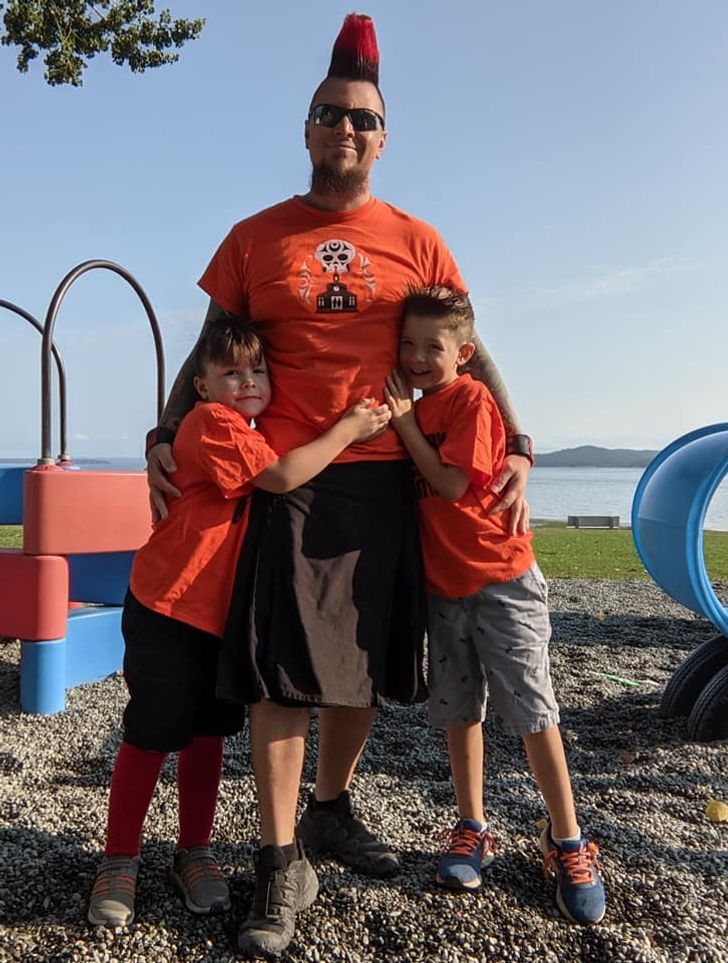 Jared talks a lot with his sons about family pride and is never tired of telling Finn that he is strong. They are also surrounded by friends who would never judge Finn for wearing a dress. Most of Jared’s male friends wear kilts, and they’ve got a bunch of trans friends. Other than what the kids at school might have tried to tell him, Finn doesn’t think he’s different. To Finn, he’s just a boy who likes to wear dresses.

Jared has a special message for parents. 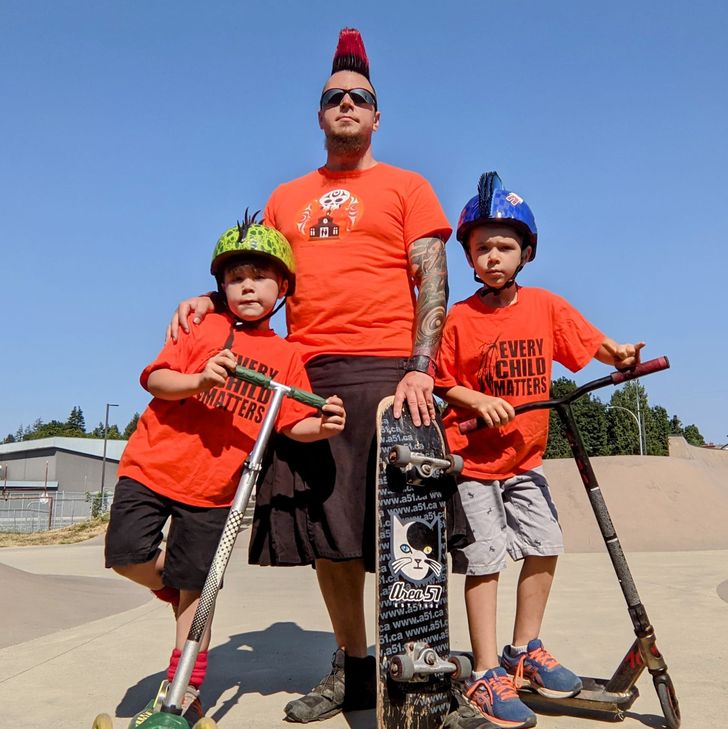 Jared says that parents need to buckle up because kids, in general, are a wild ride. But strong boys who want to wear dresses can throw the coolest curveball at you. He advises parents to just remember that it’s not about us, it was never about us, it’s all about them, and showing and supporting them to be whoever they want to be. “You’re raising a person, not managing an inconvenience.”

What would your reaction be if you saw your son or nephew wearing a dress? What would you say for them to be more confident about their personality?

Two cave lion cubs that died up to 44,000 years ago were found perfectly preserved in the Siberian permafrost. Scientists…

First and Last Hug! A Father Passes Away the Next Day After Hugging His Newborn Baby

Although uncommon, some husbands pass away while their wife is pregnant. Imagine the pain the wife feels when they…