Brigitte Bardot has lived in this wonderful house for 62 years.

This French film star was an icon of the 50s and 60s. In addition to her acting, she was also a model and singer more than 60 years ago. The now 85-year-old woman takes refuge in a rural house in the French town of St. Tropez. We give you a unique insight into her home.

Cut off from the outside world

After a hectic life in the film world, Brigitte decided 62 years ago to take refuge in the French coastal town of La Madrague. Her house is situated directly on the waterfront, but is closed off from the outside world by a high wall, fences and large plants and trees. This is where Brigitte finds her peace and privacy, something that the former actress finds very important. The house is not visible from the Bay of Canoubiers, and for good reason. “I was fed up with it,” Brigitte Bardot once said in an interview with Vanity Fair. “It’s a good thing I quit, because I would have ended up like Marilyn Monroe and Romy Schneider.” “I just wanted to be myself.”

Although the actress from the fifties had a great career as a film star, she herself is not always positive about this period in her life. She stopped acting at the height of her fame in 1973. She turned her back on the film world and finally started, as she calls it, ‘her real life’. “My whole life, before and after And God Created Woman, I was never what I wanted to be, which was direct and honest,” says Brigitte. She created an international furor as a naughty ‘kitten’ and pin-up girl. “I wasn’t outrageous at all and I didn’t want to be. I wanted to be myself, just myself.”

The place where Brigitte Bardot has spent these last years was designed entirely according to her wishes. It radiates tranquility and is set in the middle of nature together with her beloved animals. She lives in La Madrague with her husband, Bernard d’Ormale. They both don’t receive many visits, because they are still very fond of their privacy. 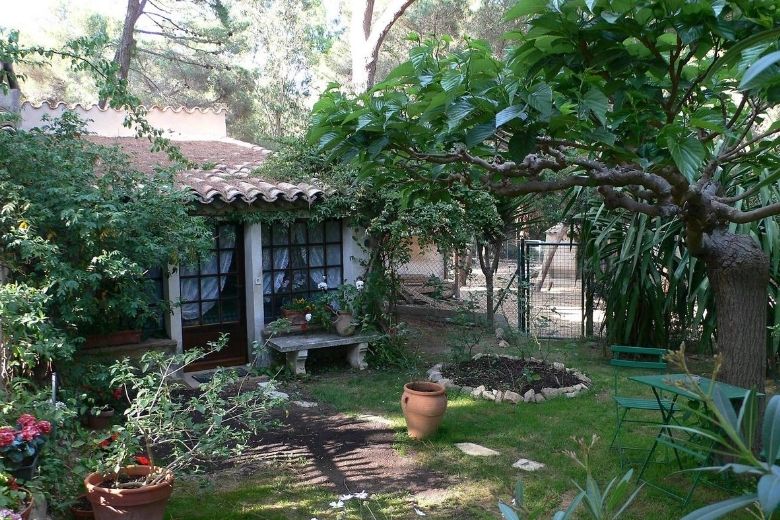 Interior from the 70’s

The inside of Brigitte Bardot’s home seems to have a warm interior, with many influences from the 70s. Technology from the 20th century is wasted on the former actress. With pen and paper, she maintains contact with the people and with her foundation that works for animal rights. For years Brigitte has been committed to animal welfare. “There are more rules for cars than for the protection of animals,” Brigitte said in an earlier interview. “I think it is ridiculous. I live for this, that’s why I never feel old or superfluous.” And this is clearly reflected in her home. Around the house there are various animals such as goats, ponies, sheep and even a swine. Brigitte Bardot has spent her years in isolation in St. Tropez with her animals, and always in black attire. No skirts, no dresses. She suffers from some health problems, including arthritis, which is why she has to walk with a stick. To celebrate life, she still drinks one or two glasses of champagne every day. Next to her house in La Madrague she also maintains a chapel in the hills of La Garrigue. Here, too, various animals such as donkeys, cows and pigs live, which she takes care of. The life of Brigitte Bardot

The 85-year old no longer visits the city center of the turbulent St. Tropez. “I am attached to the St. Tropez of the past, which I knew,” she says. “The old St. Tropez.” She has groceries delivered to her home, and her hairdresser also regularly comes to her house to cut her hair. She spends her free time solving crossword puzzles, listening to music and worrying about the many talk shows on TV these days. Sometimes she still watches her films from the past with emotion, and after a few minutes she says, “I can see that I wasn’t bad, but it’s as if I’m watching another channel. I have better things to do.”