This fierce, peculiar bird, with its expressive face and crown of feathers, is certainly a striking creature to behold 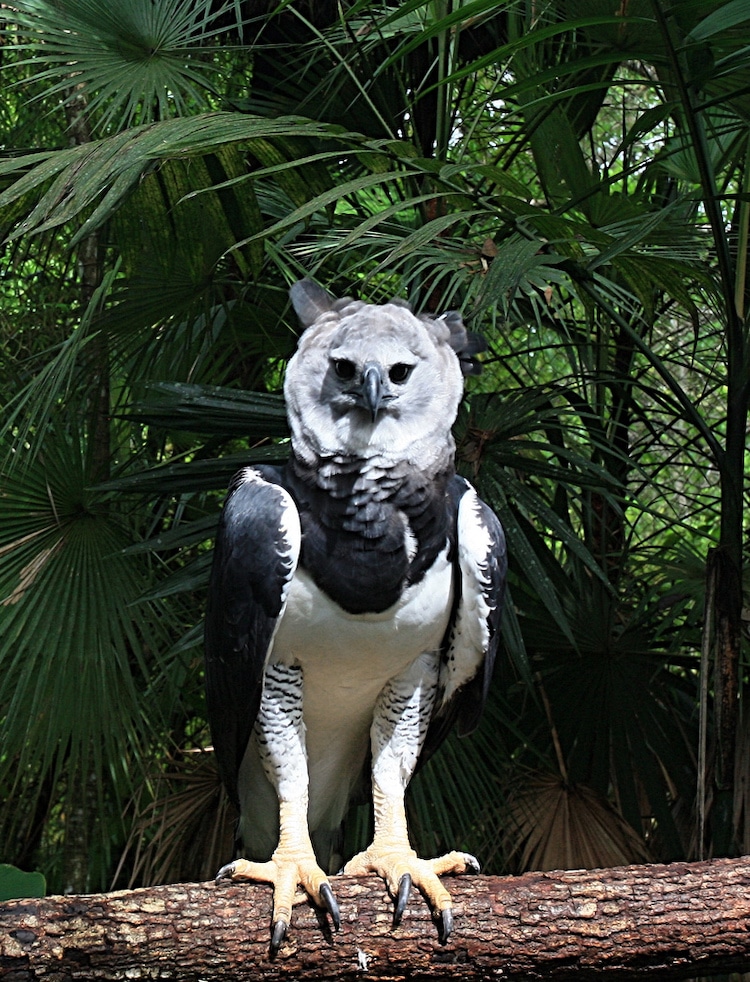 And in case this majestic and distinct appearance isn’t enough to impress you, the bird’s wingspan and height alone are. Many have compared the bird to a person cosplaying a bird, or to a Pokemon. We can see it both! This powerful bird of prey stretches up to 3 feet 5 inches in height, and its wingspan reaches around 7 feet 4 inches. The harpy eagle lives in the rainforest and its outstanding size and striking appearance have made it quite a popular bird. This majestic bird is the largest in the world, in comparison, the bald eagle weighs around 12 pounds whereas the harpy eagle is between 13 and 20 pounds. Both males and females sport the same black, grey, and white feathers with raised feathers on its head giving them a puzzled expression. As if the harpy eagle’s upper body wasn’t terrifying enough, its talons are actually bigger than a grizzly bear’s. Measuring 5 inches in length, these talons are the largest in the bird kingdom, so it comes as no surprise this bird is at the of its food chain. The harpy eagle’s diet consists primarily of sloths, monkeys, and even some deer, although it is not limited to these. They have incredible eyesight and amazing flight ability meaning they are able to pick off tree-dwelling prey. Their powerful talons also come in handy when hunting, they use their ‘death grip’ to pick up prey weighing up to 17 pounds from the ground. These great predatory birds are found in rainforests all over the Americas, but there are less than 50,000 of these birds left worldwide. There are two types of the harpy eagle, the American and the Papuan types, and they are both found in the tropical lowland forests. Max was once a street dog who was rescued from a life of severe neglect. Sidewalk Specials took him in,…

Sometimes animals get themselves stuck in places they shouldn’t be, and need a little human help to get them to safety….