Two cave lion cubs that died up to 44,000 years ago were found perfectly preserved in the Siberian permafrost. Scientists say it would be much easier to clone them than the woolly mammoth and that’s what they are about to do. 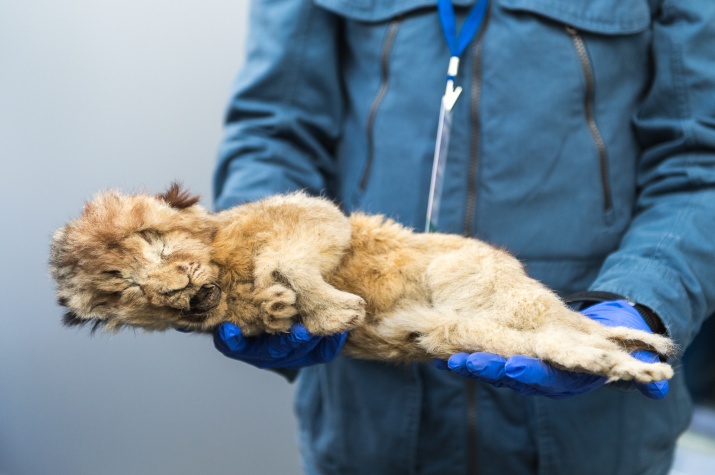 One of the cubs is a female the sicentists named Sparta. Credit: Alexey Mihaylov

According to the researchers involved in the discovery, one of the cubs starved to death while the other may have been crushed by falling rocks, both having possibly been abandoned by their mothers.

When the cubs were found in 2018, it was thought they were male siblings who had died around 44,000 years ago.

But it turns out that the youngest cub was actually a female that died roughly 26,000 years ago, the Siberian Times revealed. She is thus some 18,000 years “younger” than the cub found next to her named Boris. 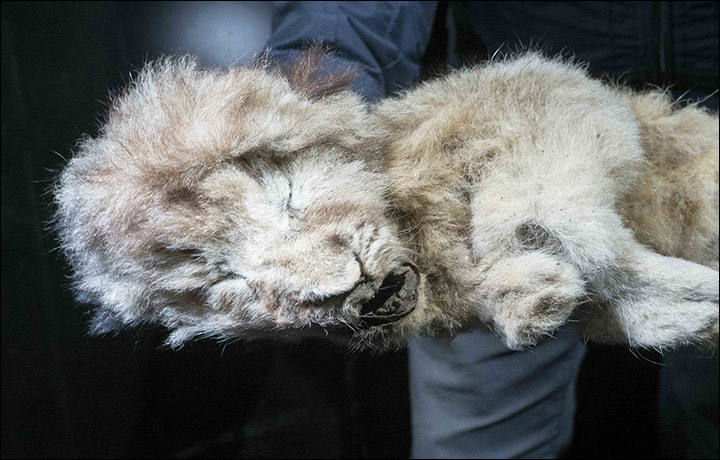 Sparta is believed to have died 26,000 years ago. Credit: The Siberian Times

The cave lion cub, which has been renamed from Spartak to Sparta after the truth about her origins was revealed, died of hunger, likely after being abandoned by her mother.

Scientist speculate that Sparta’s mother either left her in the cave and went hunting, or was killed herself, leaving the tiny cub without food. 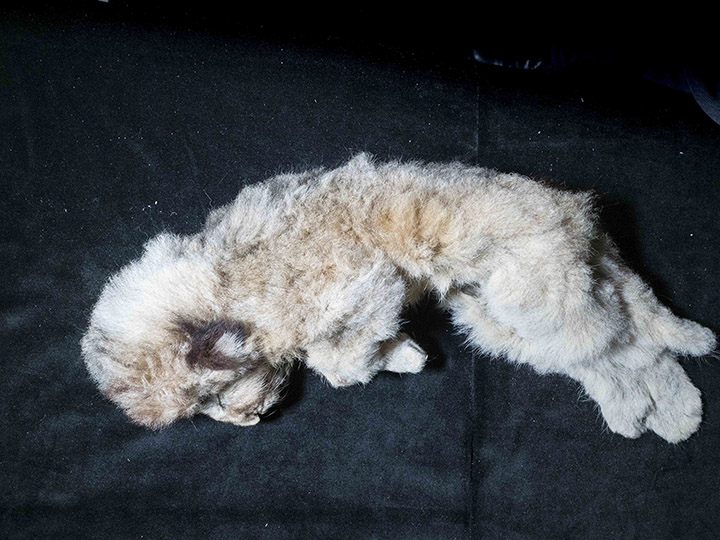 “She starved to death. We wondered why she looked so skinny when she was found, and then tomography of her internal organs showed there was no fat,” noted scientist Dr Albert Protopopov, an expert in frozen remains from the woolly mammoth era.

“It was the most extreme stage of starvation.” 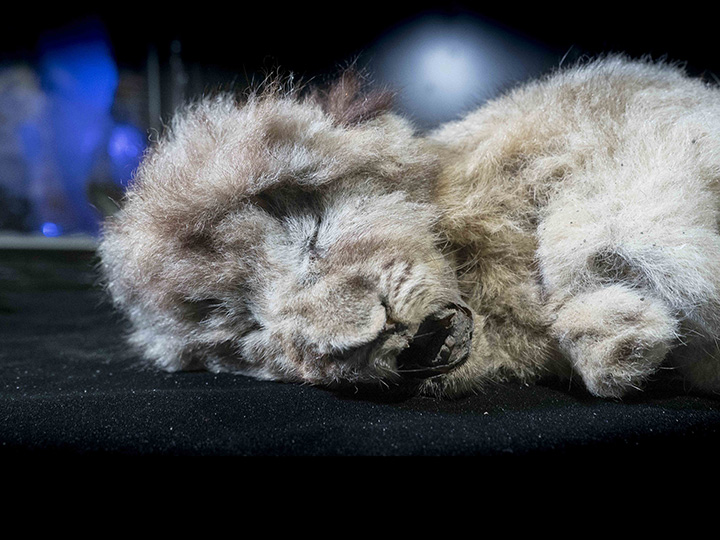 Sparta was found in the Yakutia region of Russia in 2018. The discovery was made by the same mammoth bone hunter who unearthed a bigger cave lion cub called Boris a year earlier.

Since they were just ten metres apart, scientists first theorized that the cubs must have been from the same family – but now it is clear they are separated by 26,000 years. 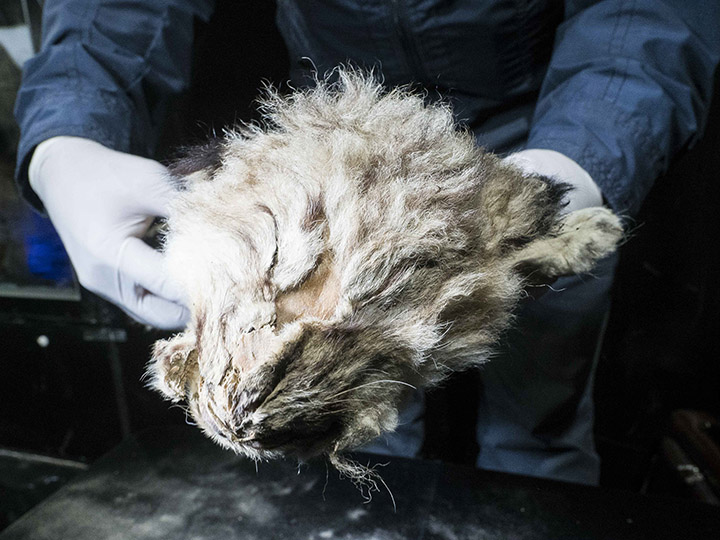 Boris died roughly 44,000 years ago, and was only about two or three weeks old when he died.

Similarly to Sparta, he may have been left by his mother inside a cave, and was possibly killed by collapsing cave rock.

“We found visible traces of internal injuries, which we believe could have been caused by rock falling on him,” said Protopopov. 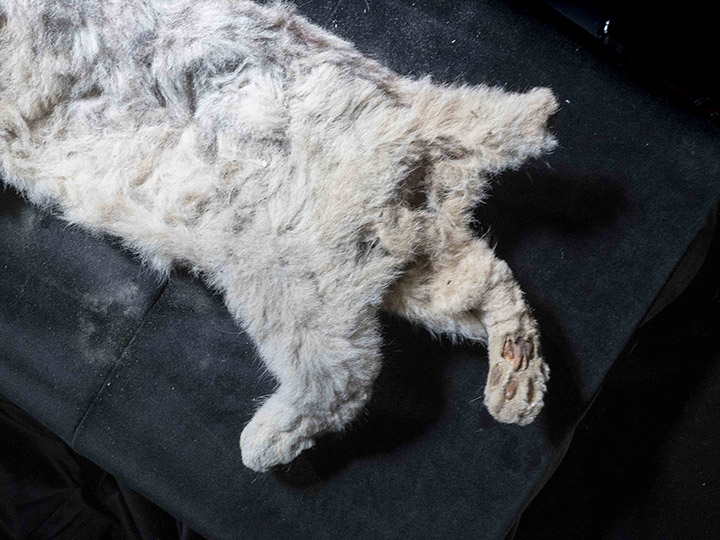 Cave lion cub Boris has a severed tail which led to some speculation that he might be of a different species. Credit: The Siberian Times

Boris has a severed tail. This led to some speculation among scientist that, instead of a cave lion, he was an ancient lynx.

“We were all worried by the lack of a tail on Boris,” said Dr Protopopov.

“But the man who found him explained that it got cut off when the cub was taken out of the permafrost. I know it raised suspicion that the lion cub was in fact a lynx, but we know from the very first tests that this was clearly a cave lion cub.”

Complete restoration works on the baby cave lions, uniquely preserved in the Siberian permafrost, reveals a sensational level of pelt and hair preservation.

“The most important task of this complex research on the cave lion cubs is to restore their appearance,” Protopopov noted. 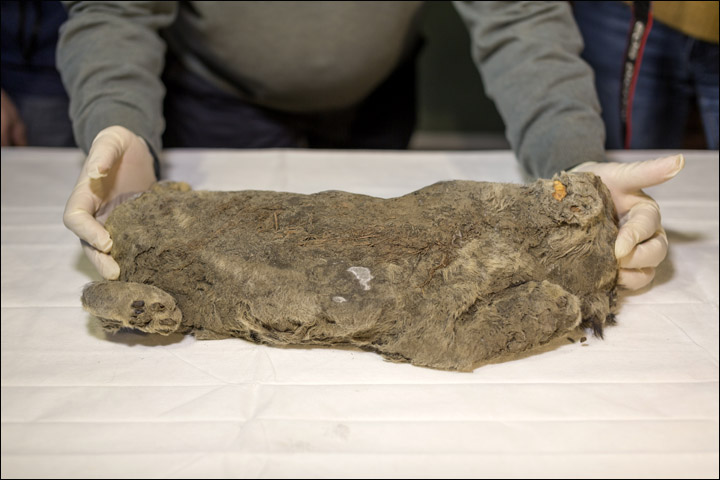 “It is still an enigma, in that on hundreds of published drawings of cave lions they are depicted without manes. Yet we notice spots and stripes of pigmentation in that area… which are not seen in modern day lions. So we are moving towards re-creating the way the cave lions looked.” 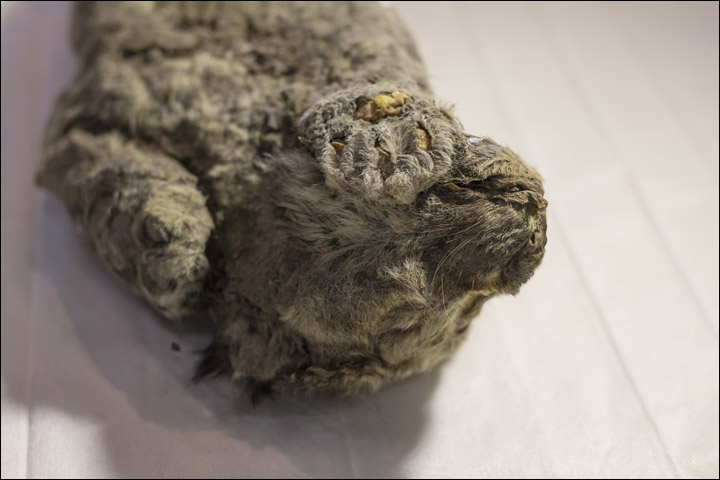 “Their living conditions were very different to modern lions in that cave lions live in much colder climate and we believe therefore had to look different,” Protopopov added.

“There was less prey in cold climate. If we understand this question about mane we might get an idea of their social hierarchy – for example, we don’t know if they created prides with alpha males and several females alike to modern lions.” 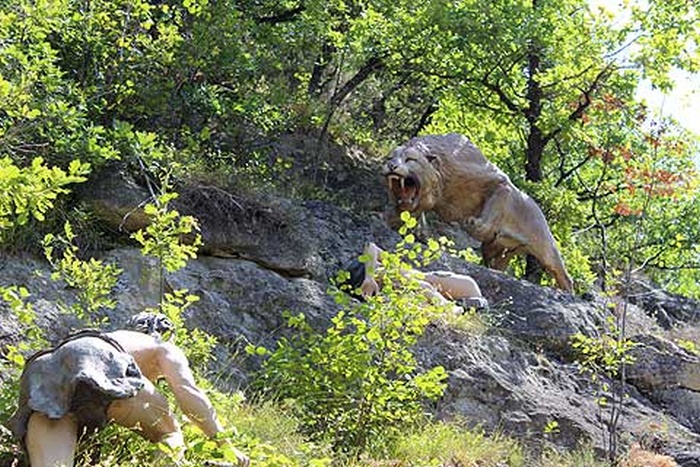 Experts say the species may have been around 10% larger than modern lions. On this picture, a cave lion is charging at a Cro-Magnon boy as seen at Prehisto Parc, a theme park about prehistoric life at Tursac, Périgord, Dordogne, France. Credit: North of the Dordogne

Scientists are continuing to perform tests on cave lions, which were the largest predators in the area after bears.

However, lions were more common because the areas was savanna at the time – while bears preferred woods.

“Cave lion cubs are superbly preserved, you can even see their whiskers, and we are hoping to fetch a lot more information from them.” 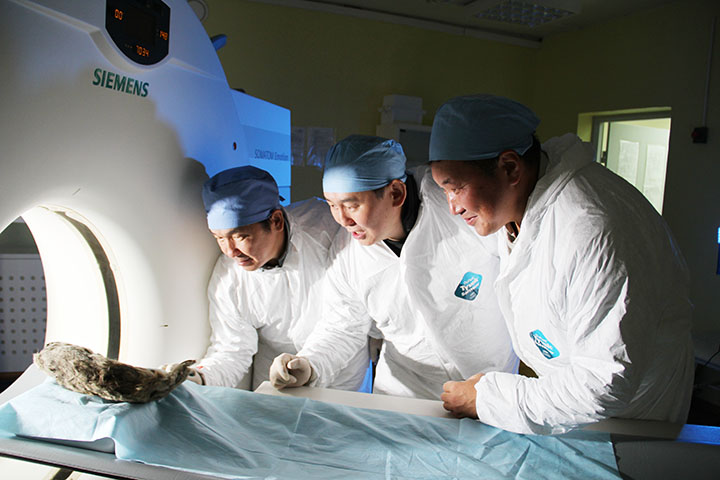 Scientists hope to bring the cave lion back to life using lion DNA and cloning techniques. Credit: The Siberian Times

“There is a very realistic chance to recreate cave lions and it would be a lot easier than to clone a woolly mammoth,” the scientists involved predicted.

“Cave and modern lions separated only 300,000 years ago, in other words they are different species of the same genus. It means that we can take DNA of the modern African lion and use it to recreate cave lions. It would be a lot easier than the mammoths.”

“But if we find methods to bring back woolly mammoths it would be a revolution and a pay back by humans who helped extinguishing of so many species.” 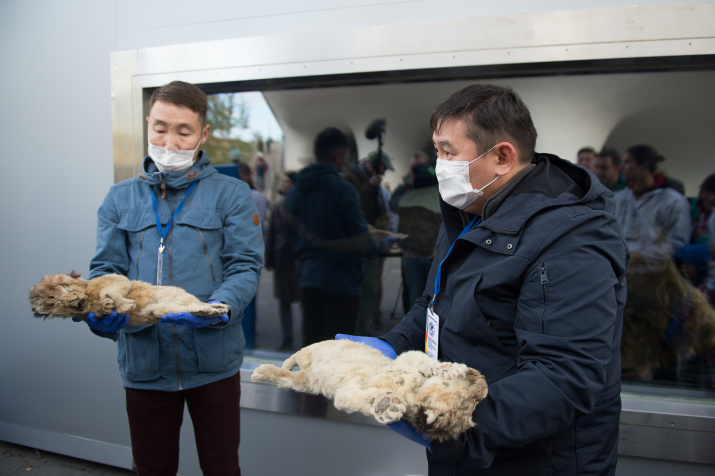 Scientists hope that they may be able to revive cave lions as a species using these cubs. Credit: The Siberian Times

Not everone agrees with that last statement though. Indeed, we could be very close to resurrecting long-extinct animals, but it’s not just a technical matter, it’s an ethical one too. Could it be that scientists are so preoccupied with whether or not they could do it, that they don’t stop to think if they should?

There are not any doubts about the loyalty and love our dogs have for his or her humans, and although…