A 7-month-old kitten named Juicebox made a big step forward Friday in his recovery from a dog attack as veterinarians removed plastic buttons used to help his jaw heal. 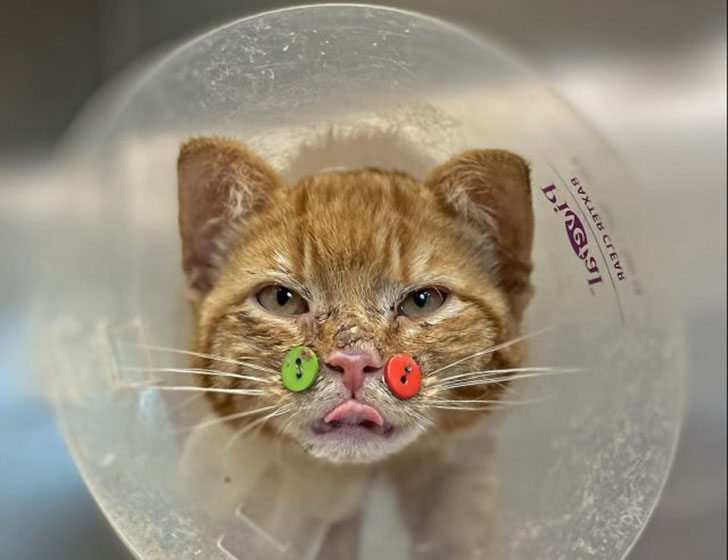 Juicebox was brought to Angell Animal Medical Center in Boston after playtime with his canine sibling got out of hand. The kitten had a broken jaw as well as serious facial lacerations, which the veterinarians at Angell repaired in a remarkably original way, using four colorful buttons. 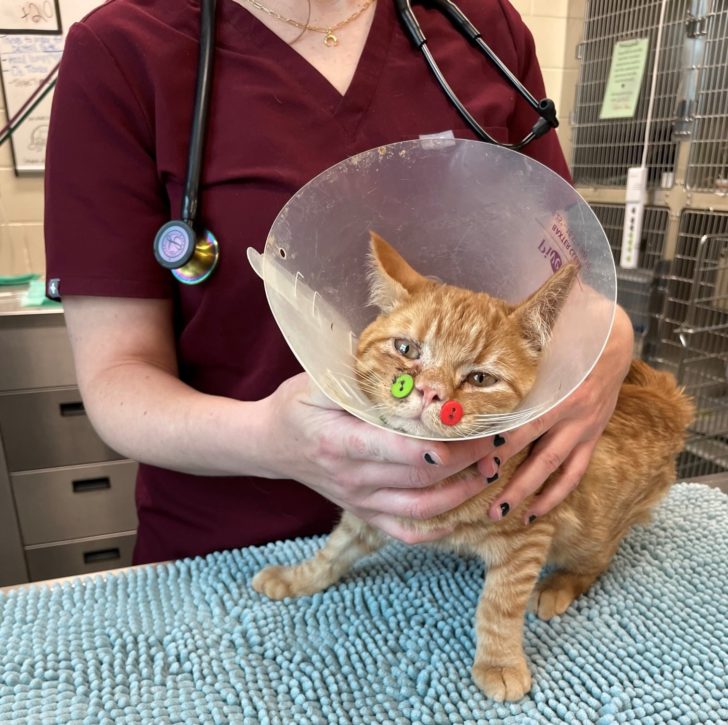 The “novel but highly effective approach” involved four plastic buttons being sewn on his face—two on his cheeks and two below his chin—to hold sutures in place and stabilize his jaw so that healing can take place, the MSPCA said. 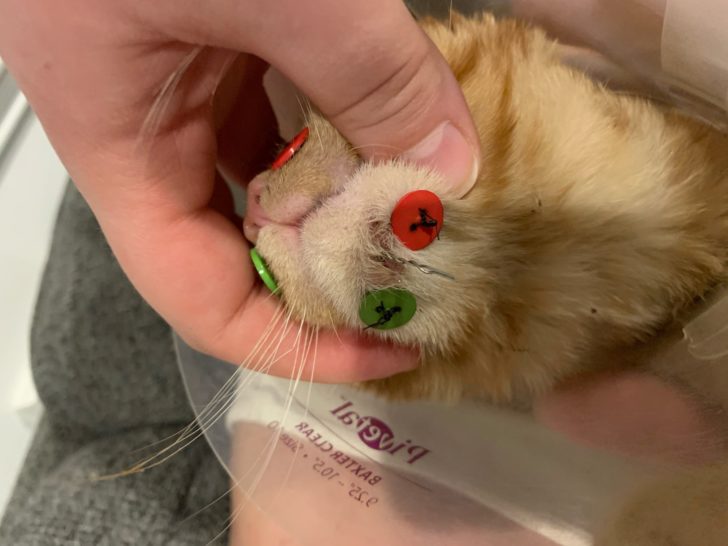 “He has obviously been through and survived a serious trauma, but he has adapted quickly to the sutures that limit the use of his jaw and, through it all, he’s remained an outgoing, playful and really friendly cat,” said Victoria Odynsky, manager at the MSPCA’s Boston adoption center. 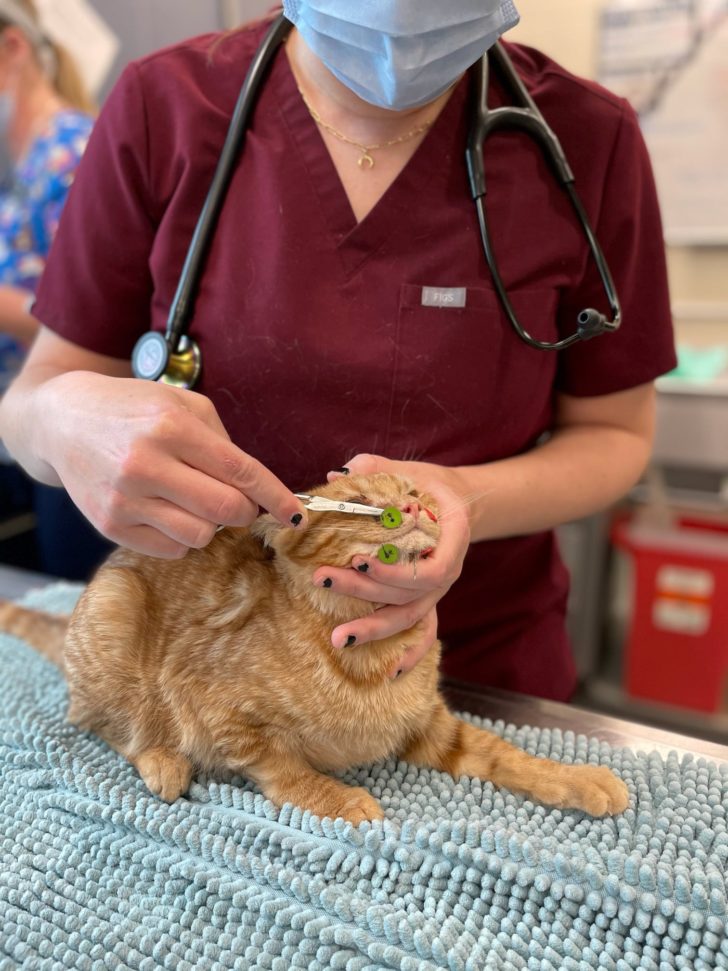 The buttons were removed Friday. According to the veterinary team, he is healing very well and his sutures will stay in for several more weeks so that his jaw can continue to heal. 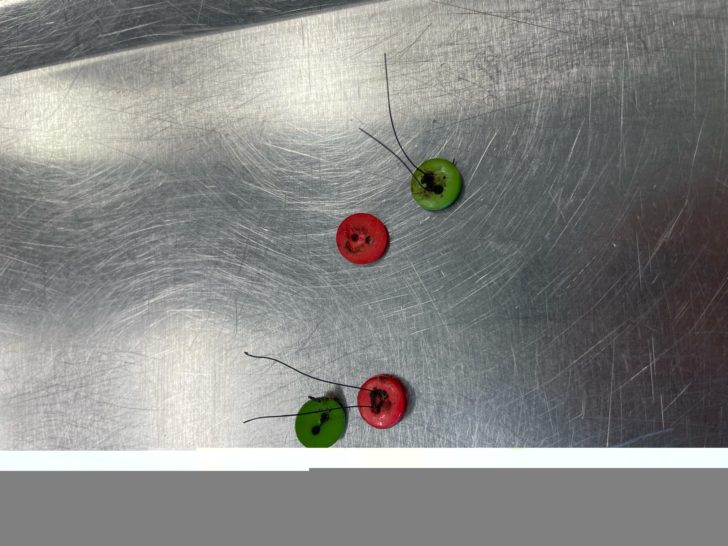 Juicebox will need to find a new, dog-free “forever family” once he has healed. If you would like to adopt Juicebox or any of his friends at the MSPCA. 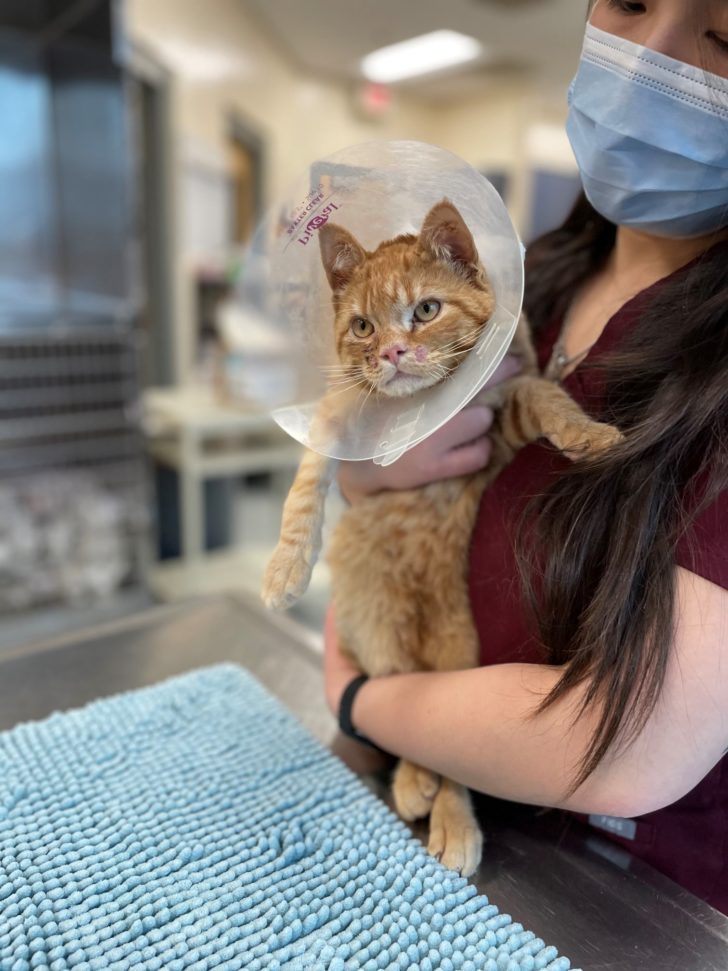