When it comes to loyalty, nobody beats dogs. They were known for their allegiance. That’s what this loyal dog shows, trying to return home to his owner despite his owner’s refusal. 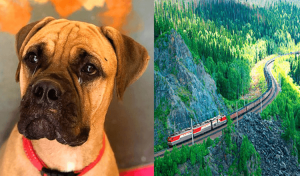 This devoted dog traveled 125 miles in tears to meet his owner. Not only that, he suffered at the hands of the women at his feet. But that didn’t deter him. This bullmastiff Maru ran through Russian forests full of brown bears and wolves. 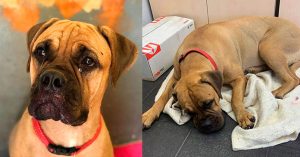 Maru was sent back to his birthplace by Trans-Siberian train. Her ordeal began when her family in Krasnoyarsk discovered that she was allergic to their adorable one-year-old pet, so it was decided that Maru was no longer needed. But the innocent and loyal Maru managed to escape when the train taking him back to his homeland stopped at a remote station near Achinsk. 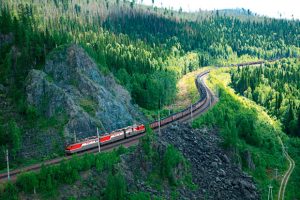 Maru opened the train compartment with her paws and then went to her owner who abandoned her. The train crew searched for the animal and even shouted its name on the platform, but received no information about the dog. The owner of the kennel, Alla Morozova from Novosibirsk, started searching for the missing bullmastiff and asked for information on social media.

Two and a half days later, she found the exhausted and injured dog in an industrial zone near her home. According to Alla, the rejected dog seemed to have tears in her eyes. She had crossed the Trans-Siberian railroad line and traveled 125 miles through the wilderness.

Trained staff later said the dog had a panic attack and jumped through the compartment door like a bullet when the train stopped.

Alla was amazed by the dog’s navigational skills, but she was sure she would find her old home. She said that dogs are very attached to people. She was also looking for her home and wanted to go back to where she lived.

Maru went the right way because she did not know the place geographically. Alla was very angry that the owner who had rejected the dog had not even joined the search for the missing animal. Maru was taken to Novosibirsk, where she received treatment for her injuries.

The animal was reunited with her parents who live in Novosibirsk. No decision has yet been made about the dog’s future.